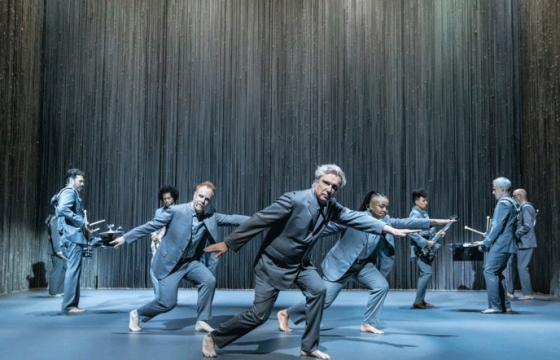 When considering their goldmine of riches, concert films are such an underrated genre. With so many classics to mine, whether Martin Scorsese’s “The Last Waltz” for The Band, Michael Wadleigh’s “Woodstock,” Aretha Franklin’s “Amazing Grace,” and even D. A. Pennebaker’s “Don’t Look Back” footage of Bob Dylan’s UK tour in 1965, there is so much art to discover. David Byrne is obviously a master of applying visual arts to his music, as immortalized in the Talking Heads’ incredible 1983 concert film, “Stop Making Sense,” directed by Jonathan Demme, a benchmark for the influential group.