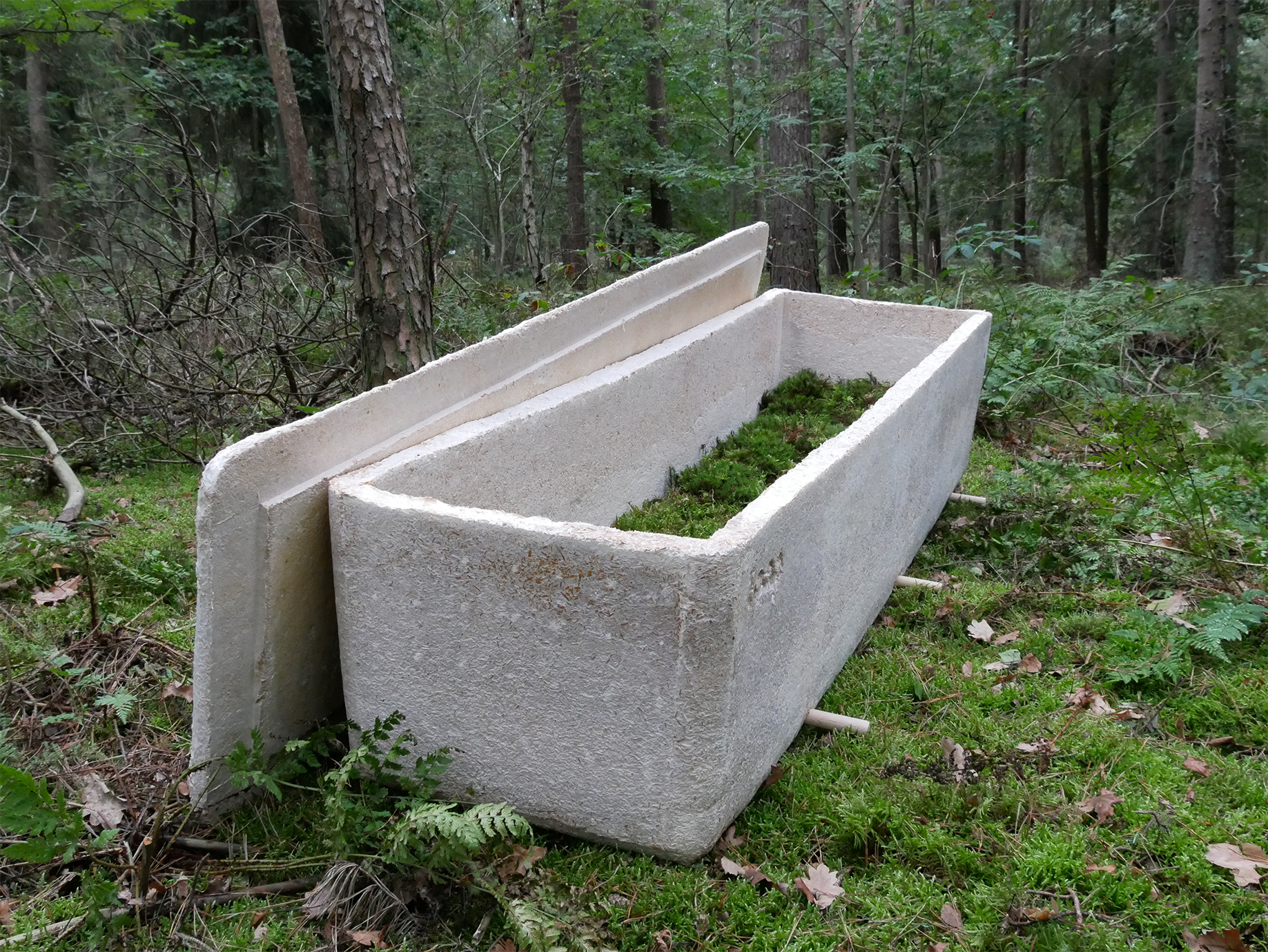 While traditional wood and velvet-lined caskets can take more than a decade to decompose in the earth, a new design by Bob Hendrikx is an environmentally friendly alternative that replenishes the soil. Breaking down in just two to three years, “The Living Cocoon” is composed entirely of mycelium, the thread-like part of the fungi that branches out underground to provide food to the rest of the organism. The decomposed coffins actually contribute to the soil health by neutralizing toxic substances and providing nutrition. Mycelium is “constantly looking for waste materials to convert into nutrients for the environment…For example, mycelium was used in Chernobyl, is utilized in Rotterdam to clean up soil, and some farmers also apply it to make the land healthy again,” Hendrikx says.

Generated without light, heat, or any sort of active energy source, the coffins are grown in one week by mixing a strain of mycelium and a substrate together and placing the combination in a mold. The fungi then absorbs the other substance and forms the box-like shape. Research by two funeral cooperatives, CUVO and De Laatste Eer, already shows that “The Living Cocoon” decomposes in soil within 30 to 45 days, and the design was used in a burial in recent weeks. “We are currently living in nature’s graveyard. Our behaviour is not only parasitic, it’s also short-sighted. We are degrading organisms into dead, polluting materials, but what if we kept them alive?” Hendrikx says.

A researcher at Delft University of Technology, Hendrikx designed a similar living pod last year for Dutch Design Week, which spurred the idea to create another vessel from mycelium. He’s working currently to implement light-emitting spores, which could serve as an above-ground marker of where a body is buried. To follow Hendrikx’s environmentally conscious designs, head to Instagram and YouTube. You also might enjoy this living pavilion made of agricultural waste and sprawling mushrooms. (via Dezeen)