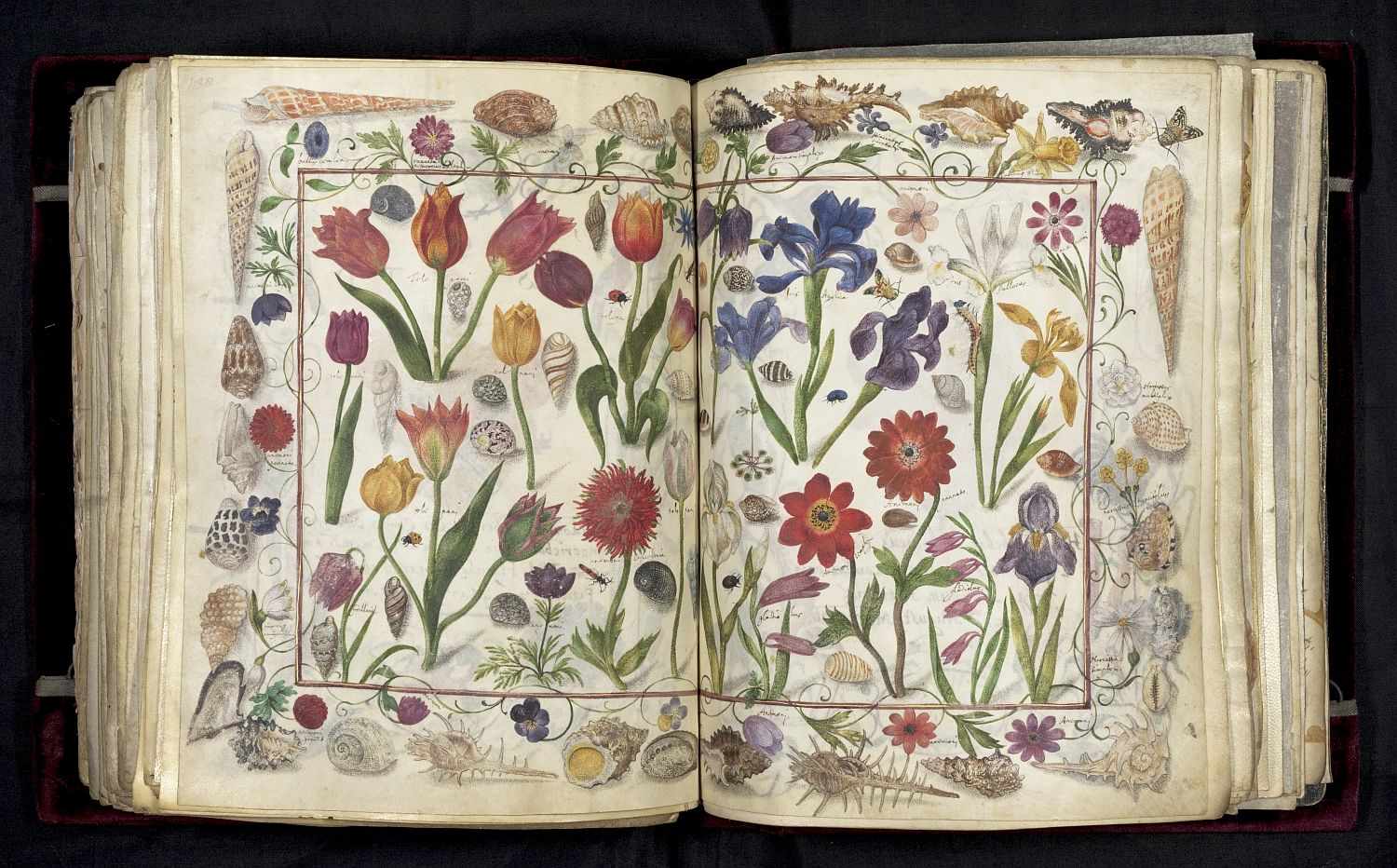 Between 1596 and 1647, art dealer and diplomat Philipp Hainhofer traveled around Europe amassing an incredibly rich collection of signatures in the “Große Stammbuch,”  or “Album Amicorum.” Akin to an autograph book, Hainhofer’s register is replete with the marks of Cosimo II de’ Medici, Holy Roman Emperor Rudolf II, and Christian IV of Denmark and Norway, to name a few. Covered in red velvet, “Album Amicorum” was part of a larger trend to record family, friends, and acquaintances that began in the 16th Century.

Hainhofer compiled the signatures during the course of 50 years, beginning when he was a college student. As he gained religious figures and royalty as clients, he’d ask them to sign his book and commissioned about 100 detailed illustrations to sit alongside. The elaborateness of the illustrations directly corresponds to the signatory’s status and rank in society.

This week The Herzog August Bibliothek purchased the centuries-old tome—which was thought to be lost until it emerged in a London auction in 1931—for about $3.1 million. It’s the library’s second attempt to acquire the historic book after August the Younger of Braunschweig-Lünebur, who was Hainhofer’s friend, failed to buy for the Wolfenbüttel, Germany-based institution in 1648. (via The History Blog)